Way Back Wednesday: Shh! My Characters are Talking to Me 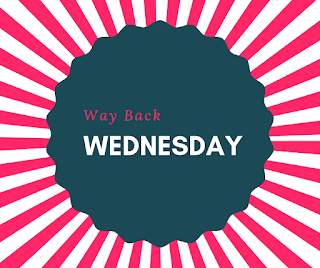 Two weeks ago, after several years of campaigning for one, I finally got a door for my office. It's a lovely door with frosted windows that slides open and closed so it not only offers me privacy and a sound barrier, but it adds a nice touch to the living room (on the other side of my office) as well.

This post from 2013 seemed an appropriate one for celebrating my new acquisition, and explaining why it's an absolute necessity.

I finally figured out why I need quiet in order to work: other people interfere with the voices in my head.

Now, before you call Crisis Intervention and hustle me in for an emergency evaluation, let me reassure you that the voices aren't telling me what to do. They're telling stories and having conversations.Hmm. That didn't sound much better, did it?Let me bring it back to the mundane. I am a writer. I create characters, conversations, situations, blogs and stories. I get ideas just before I fall asleep and while I am in the shower, and I spin first drafts in my head as I do laundry, cook dinner and move about the house. Sometimes, the ideas spin so quickly and on such a thin thread that any interruption can cause the thread to snap and the ideas to dissipate. Sometimes they come back. But sometimes they don't.It's not unusual for me to scribble those thoughts - the ones that pop into my head while I'm away from the computer - onto scraps of paper. Often I do this in the dark and/or without my glasses, which leads to interesting transcriptions later on. Much of the time, great creativity (along with a lot of squinting) is required as I endeavor to figure out what I wrote down, let alone what I was thinking.Family members tend to get insulted when I shush them so I can continue my conversations with my characters - you know - the ones they can't see. I tend to disrupt family harmony when I bark at the person who has had the nerve to say hello to me, thus driving nebulous thoughts away before I write them down.I really do try not to make surly faces and speak in snippy tones when someone decides that music or television viewing in the room three feet away from where I'm working is a good idea. It's just that as I get older, I have more difficulty hanging on to the thoughts chased away by song lyrics, TV dialogue and movie sound effects. And if I don't capture those thoughts and hold them hostage before they are spooked by the outside world, I fear they will never return.Perhaps a future edition of the DSM will include a diagnosis such as Grumpy Interrupted Writer, Not Otherwise Specified. Until then, however, I'm afraid I'll have to insist on silence when I'm working. And, if that's too much to ask, my family can find me at Starbucks, because, after all, ambient noise that demands no action from me is the next best thing to silence.
Posted by Lisa Lawmaster Hess at 12:00 AM