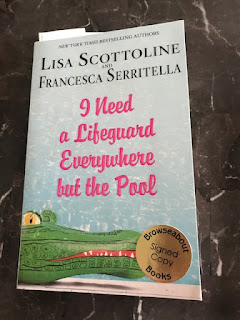 Today, I decided to take the morning off. Admittedly, a rather large chunk of the morning was already gone when I decided to do this. As a non-morning person who stays up much too late without the constraints of getting up and actually leaving the house to nudge her to bed at a reasonable hour, I've been an even later riser lately than I usually am.

Still, I determined that what was left of the morning was mine to do with as I saw fit. No deadlines. No e-mail, no planning, no shoulds. I had spent more than ten hours of my Sunday on work-related projects and claiming a small chunk of a prime weekday time when I'm not yet exhausted and cranky seemed not only reasonable, but justified.

Something about this decision -- this assertion of control -- was freeing on this gray, rainy, tenth day of at-homeness. I walked right past things that didn't interest me and sought out those more likely to lift my mood. In short, I bypassed all the things that I'll eventually add to my to-do list, poured myself a glass of iced tea, and scanned my shelves for just the right book.

I settled on two of them. I kicked things off with some lighthearted musings from Lisa Scottoline and Francesca Serritella (a beach book in both theme and place of purchase -- an extra bonus) and after a few of these, moved on to one of my favorite happiness researchers.

Slowly, despite the weather, the news, the politics, my fears, and my self-imposed social isolation, my internal fog began to lift. In part, it was the material but it was also the act of taking charge.

I don't like feeling helpless and I have little patience for pity parties that go on longer than about five minutes, yet there I was. One small step -- a reminder that I was in charge of my day, my mood, and everything within my immediate environment -- was enough to set me back on track. A little bit of an escape, a little bit of knowledge and a little bit of downtime. 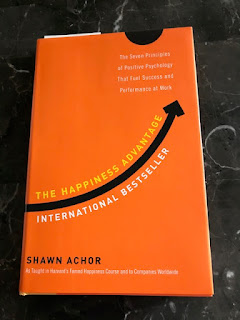 I love what I do which, under normal circumstances, makes it all too easy to spend a massive chunk of my waking hours working. And I want to do what I do well, which adds more than a touch of perfectionism to the equation. Factor in being homebound and subjected to a slew of news items and pandemic-related emails floating across my computer screen while I work and it's a recipe for an internal grayness that rivals the sky outside my window.

But pity parties aren't my thing. Instead, that last sentence inspired me to take one more action before I get serious about the days work.

Get the news off my computer dock.

Nothing like exerting a little influence over one's day.