P is for Planner 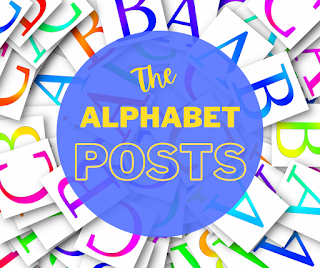 August 1 was Planner Day, a day I celebrate every day.

I love planners. Although traditional organizational wisdom often dictates that one is sufficient, I've never found that to be the case. I have, in fact, adopted a "more the merrier" approach when it comes to planners, pressing this tool into service in multiple ways.

I got two planners for my birthday -- two copies of the exact same one -- just as I had requested. These are my favorite go-to planners, a marvelous undated version that allows me to corral my lists, priorities and appointments all onto a single page. When I discovered that the site where I purchased them no longer had them, I ordered three from Amazon, bringing my total of planners-in-waiting to five.

Silly? Maybe. But when you find a planner that suits your purpose, it's hard to change to another one. Unfortunately, this is exactly what happens each year when those in charge of designing these life management tools decide to change things up.

In the past, I've had a work planner and a home planner. I've used planners to keep track of my writing goals and progress and I've used some with particularly generously sized blocks to plan everything from lessons to books. I've used them for goal-setting and, of course, keeping track of appointments.

I'm definitely not a planner snob. Though my day-to-day planner is Kate Spade, my writing planner was from the dollar store.

Was? Yep, was. It's a school-year planner and at the end of July, I reached the last page. I tore through the drawer where I keep all of my planners and notebooks-in-progress, certain I had something that would fill the void.

I did not. Nothing in the form of a planner, at least.

Back to the drawing board.

Years ago, inspired by an article I read in The Writer, I used something called a "treadmill journal" -- a notebook pressed into service for recording writing progress. I used it to track time spent writing and to make little notes about where to pick up when I returned to my work. Having the planner on hand, I'd used it for this purpose, each day represented by its own square that reminded me that writing was supposed to be a daily occurrence.

Until I ran out of squares.

I quickly pressed a small notebook into service, giving me more space for the "journal" aspect, and I quite like the approach. Unless I get waylaid by a pretty planner (a character flaw of mine, as you've probably already deduced), I think I'll stick with the notebook. 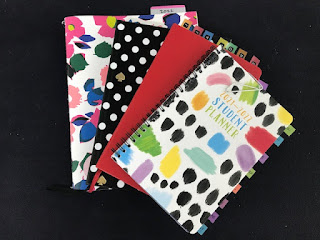 While many people take planners for granted, I've discovered that I'm not alone in my love of them, or in the particular pleasure I take in using them in precise ways. Each fall, I require my freshmen to get a planner, leaving color, size, form, and details to them. Many of my students have one before I make the assignment, and some fill them with beautiful words and designs, using color-coding and artful calligraphy. Others scrawl abbreviated reminders in the squares, while their peers tap screens and type dates into their electronic versions.

The perfect planner offers an implicit promise of organization and time management to its user, though it bears none of the effort in keeping this promise beyond offering up structured white space in which to make this possible. It is this promise, at least in part, along with the hope it brings, that draws us to the  planner aisle and sends some of us home with multiple copies of what is, for many others, a mere practicality. The right planner gives us a sense of control, inspiring confidence in our own ability to get things done or, at the very least, keep track of things.

No wonder someone decided to dedicate a day to planners. And no wonder some of us enthuse about them for much longer.