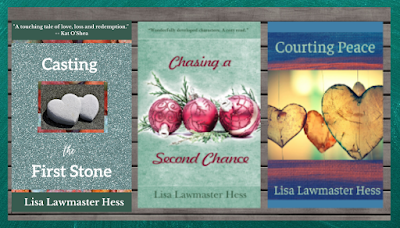 I love writing stories with multiple points of view, but there is such a thing as too much of a good thing, so I stick to Marita, Angel and Charli. But, since part of my preparation sometimes includes writing scenes from the perspective of another (non-point-of-view) character, I end up with scenes I don't use directly, although some elements might make it into the story. The one below is one of my favorites.

Todd tossed his backpack onto the sofa and slouched onto the cushion beside it, nearly knocking a soda out of Anna’s hands in the process.

“What is wrong with you?” his sister said. “Ever since you and Charli broke up...oh.”

“Not oh. No oh. This had nothing to do with Charli. This is just how a guy sits on a sofa.”

“Uh huh. Sure. A guy who’s too stubborn to admit he’s heartbroken, so he’d rather act like a neanderthal instead.”

“I am not heartbroken. Geez, Anna. You’re so dramatic.”

Anna stood up. “Okay. Whatever. So I guess I don’t need to warn you that Charli’s sleeping over tonight.”

Todd shook his head and shrugged one shoulder. “Couldn’t care less. Just don’t think you’re gonna get the good TV in the basement.”

“I guess if you want your phone confiscated two days after you got it back, that’s up to you.” Anna turned on her heel and took her smirk upstairs.

Charli was sleeping over. Great. The first thing he’d done when he got his phone back was to text her the news, hoping she’d tell him how much she’d missed him and how stupid she’d been to break up with him, but no. Instead, she’d texted back “That’s great, Todd! Bet you missed it!” an hour later.

Message received. And now she was coming here to spend the night, making it impossible to avoid her until these feelings — these stupid feelings — went away.

After Charli broke up with him, Brad trash talked her and told him he should just get another girl. It wasn’t like there weren’t other girls who thought he was cute. 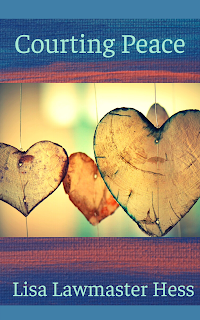 But they weren’t Charli.

Zander had defended Charli, even telling Brad to shut up, even though Brad could shove Zander into a locker with one hand tied behind his back, which made Todd wonder — not for the first time — if Zander liked Charli. Man, if Charli went out with Zander….man, that would suck.

Todd pushed his backpack off the sofa and onto the floor. The thud was satisfying, especially since his mother wasn’t home to yell at him about backpacks on the furniture or being shoved onto the floor.

Well, if Anna had plans tonight, he’d just have to make some, too. And he certainly wasn’t going to give her and Charli the satisfaction of leaving his own house. If she wanted to invite  Charli here, then she’d just have to deal with the fallout of having both of them in the same house.