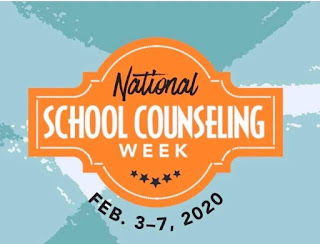 When I was a teenager, The Bob Newhart Show aired on Saturday nights -- right after The Mary Tyler Moore Show, if memory serves. Both of these shows framed my future in ways I didn't recognize at the time but that are obvious to me now. Mary Tyler Moore made being an independent single woman feel like the norm and Bob Newhart, with his psychological practice and cast of wacky characters portrayed a profession I found fascinating.

I majored in psychology because of the Bob Newhart Show (the logic of a seventeen-year-old -- go figure), planning to pursue my PhD, but along the way I found a job that was even more fun than Bob Newhart's.

If you're my age, you probably didn't have a counselor when you were in elementary school and you probably only saw your middle school or high school counselor when you were planning classes or applying to college. I was in graduate school before I realized there was such a thing as an elementary school counselor, let alone having any idea of what one did. And, even then, I discovered all of this quite by accident.

As a first semester college senior poised to earn a BA in psychology and a minor in music, I didn't exactly have potential employers lining up outside my door. So, when one of my advisors told me about the graduate program in school psychology, I was intrigued. When she told me it was likely that as a Bucknell grad, I'd also get a full scholarship, I was thrilled! Grad school for free?

Well, not exactly. There were those pesky living expenses, not to mention books and the like, but still, it seemed do-able.

So, I dug into the school psych curriculum but, along the way, I discovered that just three additional courses would allow me to earn certifications in both school psych and school counseling. Seemed like a no-brainer.

As it turned out, I didn't love school psychology. I had a terrible, sink-or-swim internship experience (spoiler alert: I sank) that left me feeling frustrated and which annoys me still to this day. I didn't learn much about school psychology, but I learned a lot about how not to be a mentor. In retrospect, I wish I'd been a little more Season 7 Mary Tyler Moore and a lot less Season 1 Mary.

Luckily, there was this other thing -- this Plan B, made a reality by just three additional courses -- that I loved from the first moment I walked into the classroom to observe. This was a job?? Someone would pay me to do this combination of acting and counseling and talking to people?

Indeed they would, and indeed they did. And, thanks in no small part to the dynamic duo of Wendy Hummel and Carol Fairchild, my self-esteem and my job prospects were saved in one fell swoop. Not only that, but they recommended me for my first job, one where I got to build a program from scratch.

For those of you who don't know, elementary school counselors are part actor, part parental figure; part therapist, part advocate; part innovator, part rule follower; part listener, part performer. When I first started working as a school counselor, back before politics loomed like a storm cloud over school districts, I said that even if I hit the lottery, I wouldn't quit my job. And, for more than twenty years, I continued to feel the same way.

School counselors get to help kids figure stuff out, and figure themselves out in the process. They get to reassure parents and teachers with good hearts that they're on the right track.They get to partner with staff and, if they're lucky, administrators, to make school a place kids want to come to every day. They get to be resilience builders and, in so doing, build their own resilience as well.

If you don't know what school counselors do and why it matters, this is a great week to ask one. In some districts, elementary school counselors are considered a luxury, a frill -- as though fostering good mental health is something to order à la carte on a menu. It takes parents and citizens who recognize the importance of counselors K - 12 to make sure that fully staffed schools are the norm, not the exception.

It's funny how life works out. If I hadn't taken those three additional classes...if Wendy hadn't taken me under her wing so that I learned what true mentorship looks like...if there hadn't been silly DUSO songs that appealed to the actress in me....

But there were. And together, all those things laid the foundation for a career where I made connections that enriched my life in ways I can never fully express.

School counselors are a pretty amazing group -- one I will forever be proud to have been a part of.