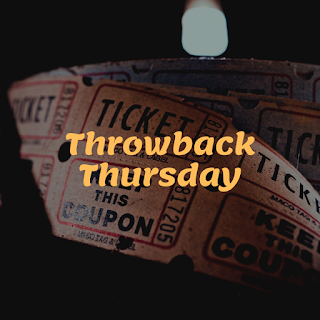 I've never been a classic movie kind of girl. With the exception of Gone with the Wind, most of my favorite movies are from the late twentieth century. Goodbye Girl. When Harry Met Sally. You've Got Mail.

If you haven't seen it, The Big Chill revolves around a group of friends united by a tragedy. As a twenty-something, I identified with the themes of friendship and growing up, but couldn't quite put myself into the shoes of these characters who had moved on beyond college, a place to which I was still firmly anchored. As a result, I felt annoyed by some of the characters, while the actions of others inspired confusion.

Or, in the case of Glenn Close's character, a wife, mother and doctor -- all caretaking roles, I now realize -- sympathy. Her grief seeped out between the cracks, and we only saw her let down her guard when she was finally alone, in the shower, via a good cry covered by the sound of running water.

I knew I loved the movie though, going back to see it over and over, dragging friends who hadn't seen it with me because they had to see this movie. At the time, I didn't grasp all the nuances of grief and loss that were an integral part of the movie, perhaps because they were so deftly woven into the music, the humor and the connection between the characters. And because I lacked the life experience to empathize.

Though I wasn't a child, I was still too young to identify with the struggles of some of characters. To understand the complexities that war and career and personal responsibility layer into relationships, day by day, decade by decade.

But on some level, I knew. That's why I kept going back. 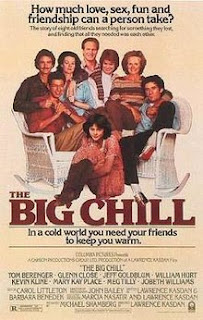 More than thirty years later, I strive to create those nuances in the characters I write. To write women who are simultaneously strong and vulnerable. To put people on the page who love fiercely, yet make poor choices. To conjure up kids who don't get it completely, but who know, as I did watching that movie, that there's something there in each situation -- something deeper, something important -- just beyond what they understand in the moment.

It's a tall order.

Thirty years later, character-driven stories with ensemble casts are still my favorite, whether a movie, a television show or a novel. Sometimes they're a means of escape. Other times, I can identify so much it hurts.

Like Glenn Close crying in the shower -- proof positive that being strong is a double-edged sword. When you cultivate it successfully, it becomes not only what you expect of yourself, but what everyone else expects of you as well.

But in life, as in good stories, vulnerability seeps out of the cracks.

And that's what makes characters well-rounded, and real people human.
Posted by Lisa Lawmaster Hess at 11:24 AM

Email ThisBlogThis!Share to TwitterShare to FacebookShare to Pinterest
Labels: The Big Chill